How often do we actually realize that our world has a blue background. What would it be like if the sky were red or green? How often do you look up into the sky and perceive the color it has, all the different shades from north to south and from west to east?

A brief history of the cyanometer

In 1787 Horace-Bénédict de Saussure noticed that the sky has many different colors and he observed that the blue is different depending on the where you are. Being one of the first to climb the Montblanc, the highest mountain of the alpes, he became aware of the fact that on a high mountain top the sky is darker than at sea level. While he was on top of the Montblanc he measured several aspects including the air pressure, the temperature of the snow, even the pulse of his mountain guides and of course the blue of the sky.

In this attempt he had developed the cyanometer: an instrument (meter) to measure the color blue (cyan) of the sky. At that time it was nothing more than a piece of paper with 16 and later 52 different shades of blue ranging in between white and black. During that time a lot of scientist thought the color of the sky might give an important answer to scientific questions corresponding to the measurement of the air pressure. When Alexander von Humboldt travelled to Africa he took a cyanometer with him to expand his research on the color of the sky. 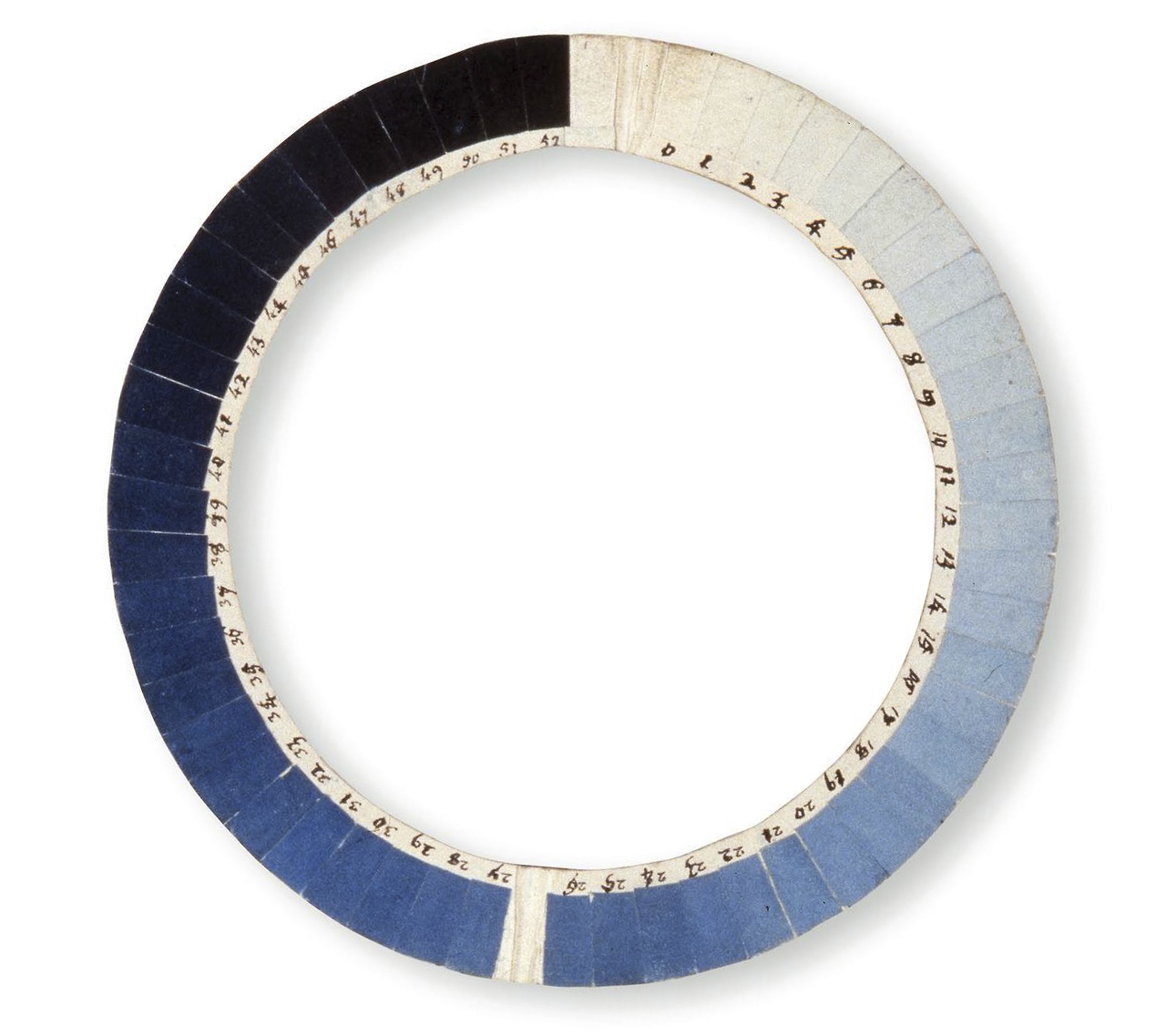 At the end of the 18th century several scientists investigated the sky and its color, but were not yet able to find the right answer. In the end the cyanometer as an instrument did not lead to a new science. But it still is a very interesting idea to raise the awareness and measure the blueness of the sky.